A document which provides the details of the permission granted to access any AWS resources is called an IAM Policy. The default policy applied to all AWS users is non explicit deny.

The IAM Policy takes effect as soon it is attached to a user or group, there is no delay in its application. The User & Groups can have more than 1 policy attached at any given time. Roles are utilized because we cannot attach policy directly to AWS resources.

The above is an example of an IAM Policy

If we observe closely, these are the various important points to note about the IAM Policy.

When a user has both explicit allow and explicit deny, then the explicit deny always take precedence. In all cases just remember deny is the best way.

We can have an IAM policy in two ways.

Admin Access, except it does not allow user-group management.

Only View AWS resources. This policy is very big, please search for it in AWS. - The AWS managed policies cannot be edited, they are read only.

The are 4 selections, we have to do for creating a policy, as shown below. 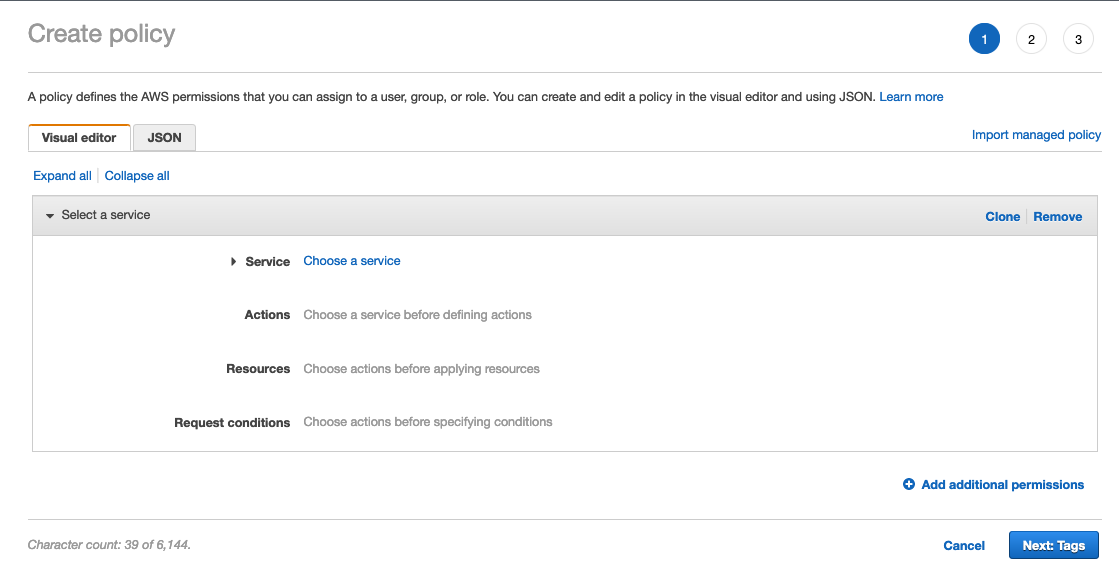 We can also take a easy way out, by "Import Managed Policy" and then modifying it to our need.

After selecting the above information we are only left with providing

We can use JSON editor if we understand the JSON syntax, and the format in which AWS wants the KEY/Value pairs. We can also import an existing policy and then edit the JSON.

To summarize, IAM policy is a document representing the permission encapsulated inside for a USER or a Role.

The IAM policy is a JSON statement, and having these 3 statement at the minimum

Multiple policy can be applied to Groups and Users. Roles are used for AWS resources.